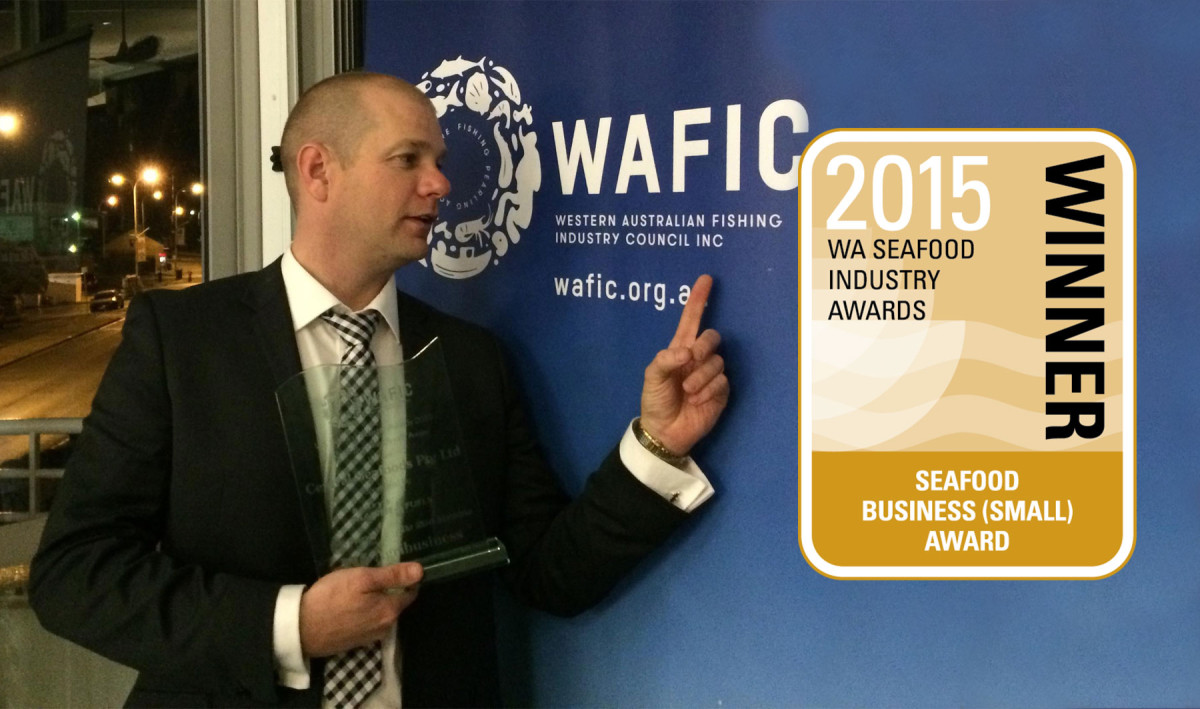 The growth, innovation and excellence of big and small commercial fishing businesses were formally recognised at the 2015 Western Australian Seafood Industry Awards tonight.

Western Australian Fishing Industry Council Chair Arno Verboon said both companies were a credit to the State’s commercial fishing sector and worthy winners of the awards.

“As a business employing the equivalent of 10 or more full time staff, Austral Fisheries has demonstrated business growth, innovation, excellence in product, service and marketing and contributed towards a positive future for the seafood industry,” Mr Verboon said.

“Austral is one of Australia’s biggest integrated commercial fishing companies with interests in both deep sea fishing and at sea prawning. It is also a company that displays a real devotion to sustainability through responsible fishing practices.

“The company makes continuous efforts in maintaining environmentally friendly and sustainable methods and has demonstrated a strong awareness of issues confronting the industry and takes measures to overcome them – to the extent of helping Sea Shepherd hunt down illegal poachers of Patagonian Toothfish.”

“The growth of Central Seafoods is staggering,’ he said.

“In December 2013 Central Seafoods’ produce was firmly established in 48 stores across WA, by June 2015 that number had risen to 130 stores – a figure that represents almost one new store every week.

“Central Seafoods’ focus on contemporary online marketing strategies, a belief in sustainable fishing, clear product labelling and the promotion of previously underutilised or unpopular seafood species has paid dividends for the company an given consumers a wider variety of choice.”

Mr Verboon said that WAFIC, as the peak body representing the interests of the commercial fishing, pearling and aquaculture sectors, recognised the importance of acknowledging the individuals and organisations that made a significant contribution to the industry.

“To that end, the judges also noted the quality application made by Coastal Fisheries/SeaFresh Myaree which received a commendation in the Seafood Business (big) category of the awards,” he said.

“In another year, this entry could quite easily have won the award and I am pleased to formally acknowledge the efforts of this organisation.”